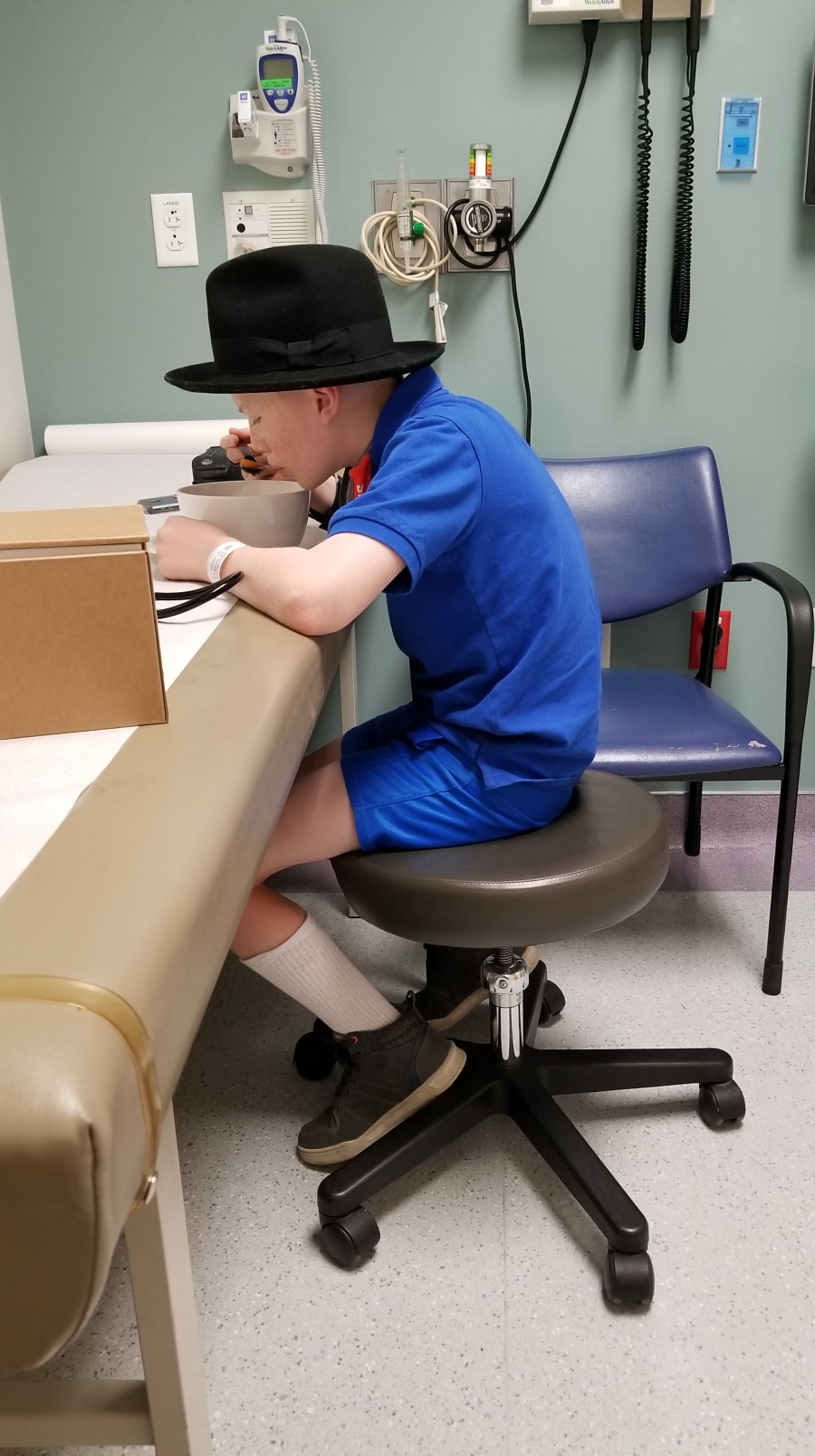 Since we returned from Cancun, Eli’s eye pain has been resolving, so that has been becoming less concerning. On the other hand, he has developed edema in his left foot and leg that has been getting worse. He also has a small swollen lymph node in the inguinal area, which brings to mind the swollen leg and lymph node from his initial cancer diagnosis.

We’ve been going back and forth with doing an MRI of his head for the eye pain. His ophthalmology appointment before the oncology appointment today was normal, so that is reassuring. Maybe we’ll move up his PET/CT (currently scheduled for beginning of February), maybe an ultrasound. Who knows what is next?

Dr. Fair isn’t concerned about the swelling being caused by returning tumors. It is probably a side effect of radiation and is “normal”. We’ll move forward with the head MRI to put to rest the eye pain issue.