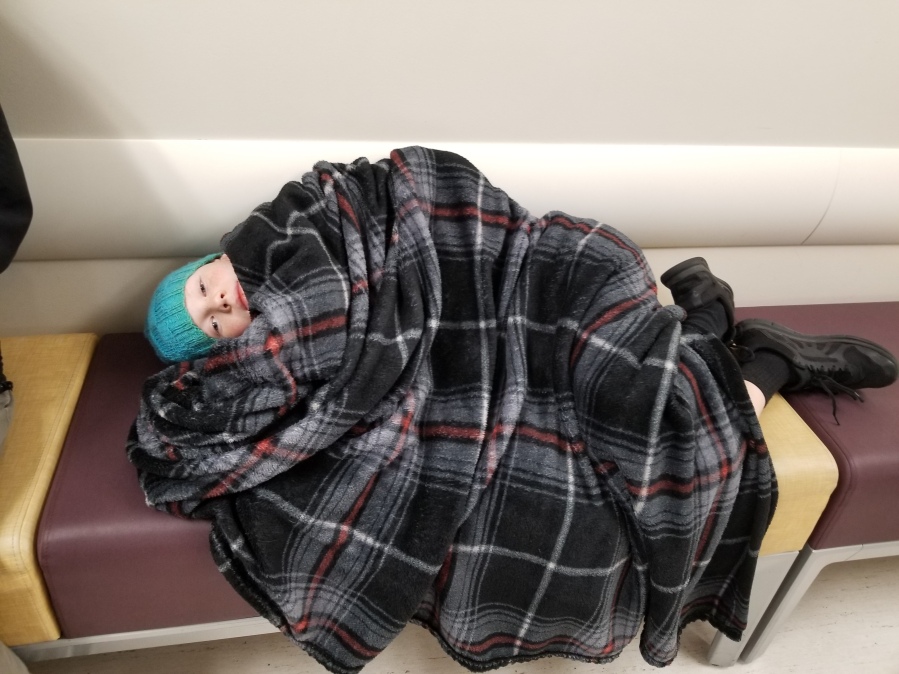 If surgery photos bother you, don’t scroll too far. I’ll put graphic photos at the end of the post, following the picture of Eli and the birds. 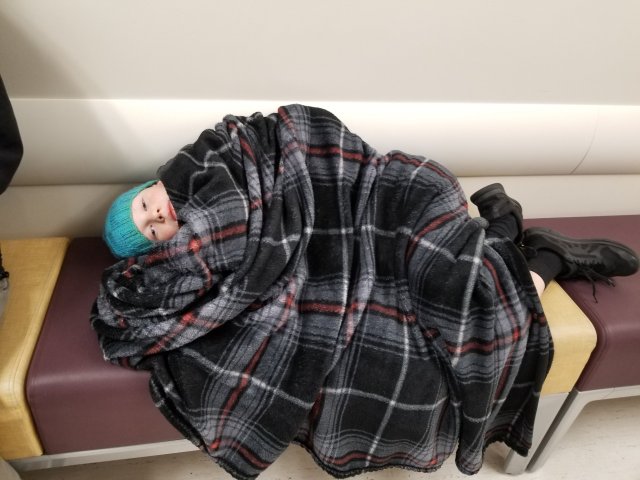 We were up not as bright and early as we should have been, since we had to deal with rush hour traffic, but once we got here, it was a long wait. 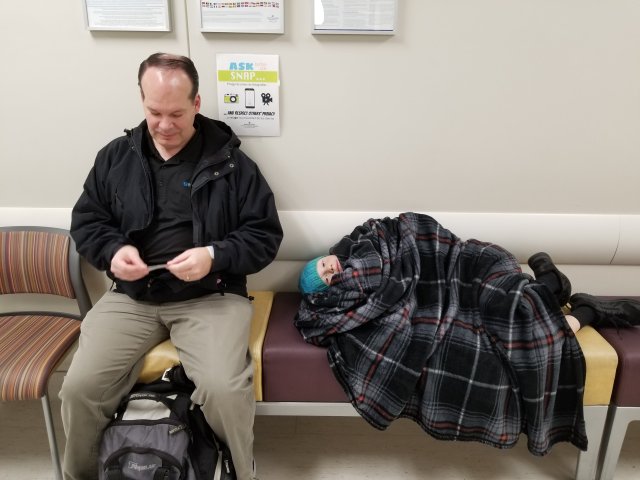 We waited after check in. 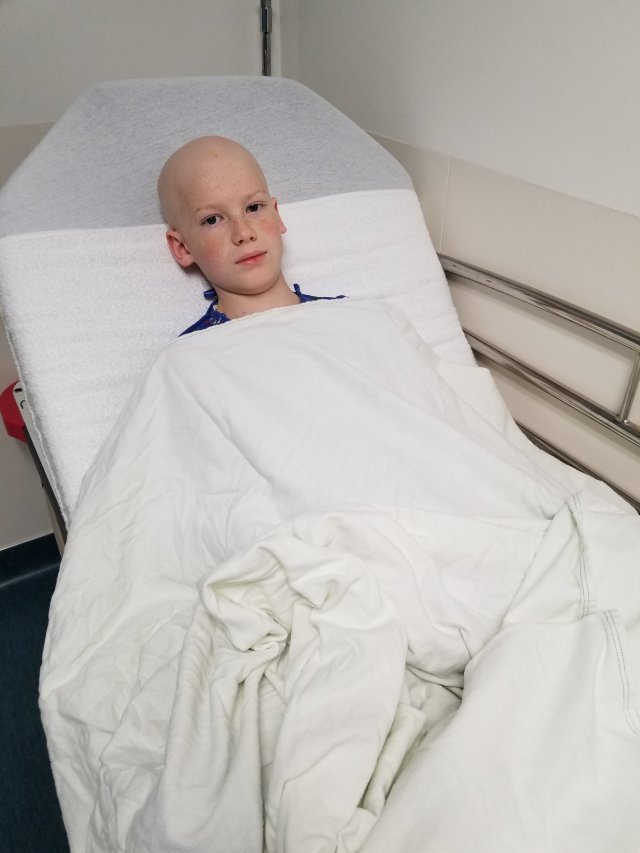 We waited in the preop room. 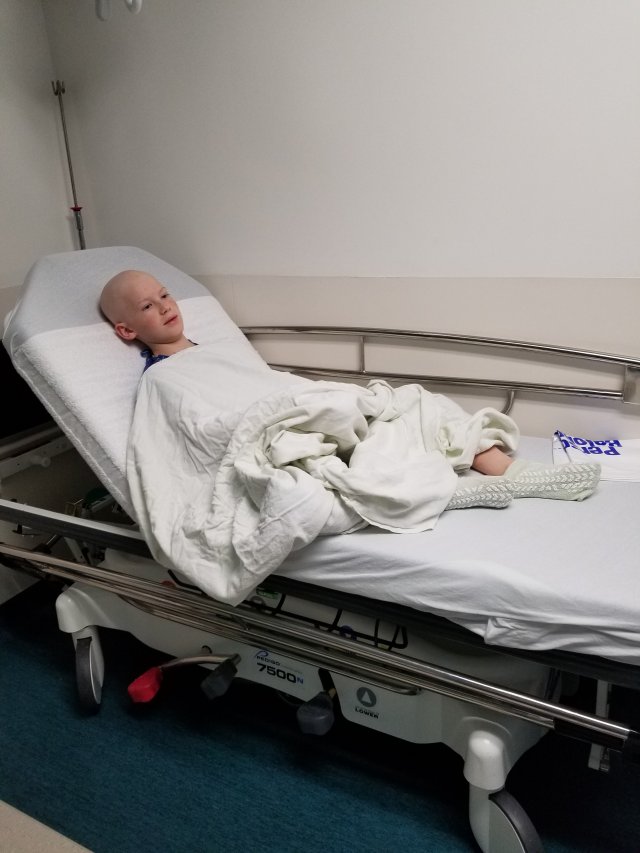 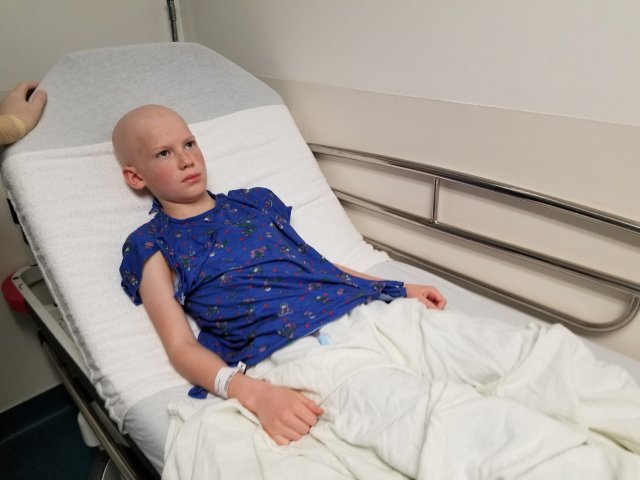 Eventually, the operating room we were waiting for became available and it was time to walk to surgery–the last walking Eli will be doing for the next couple months. 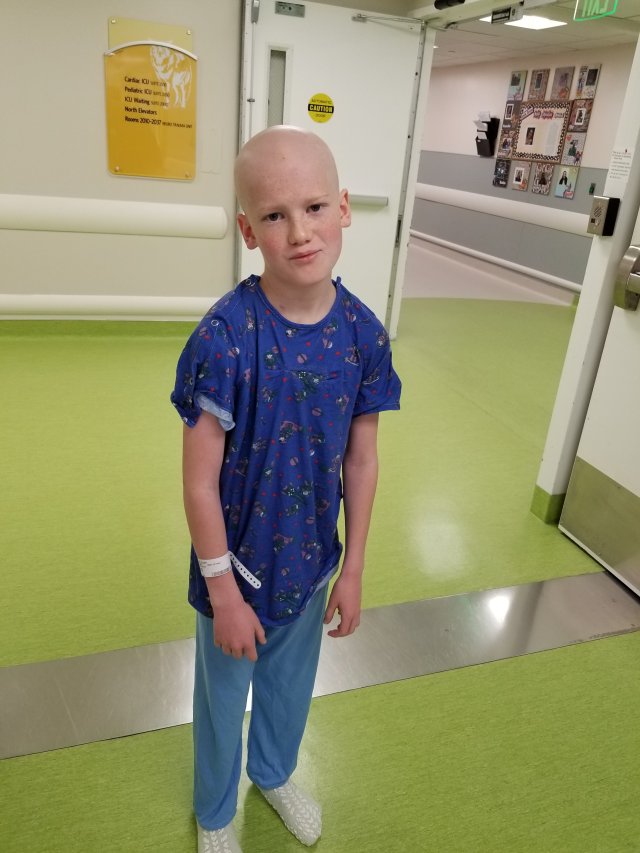 Time to say goodbye for a few hours. 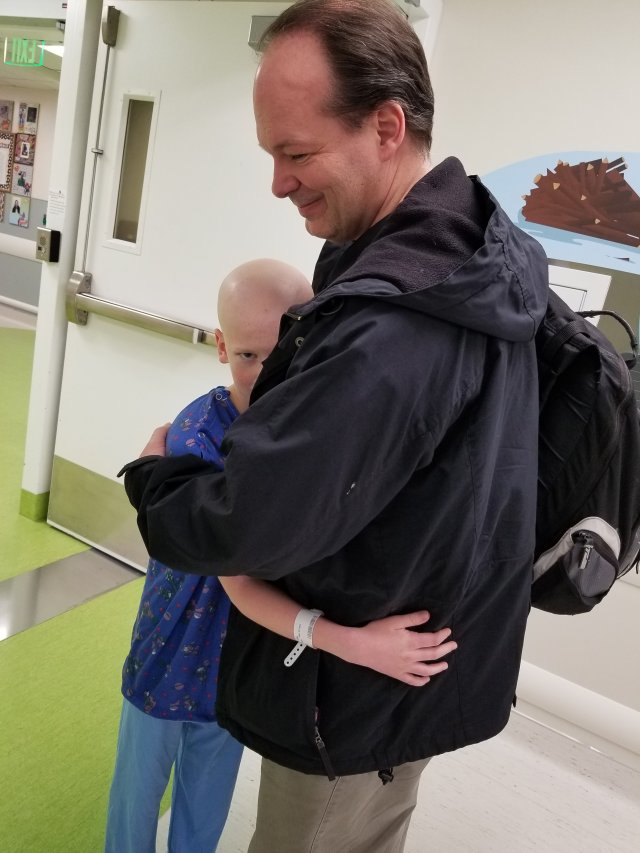 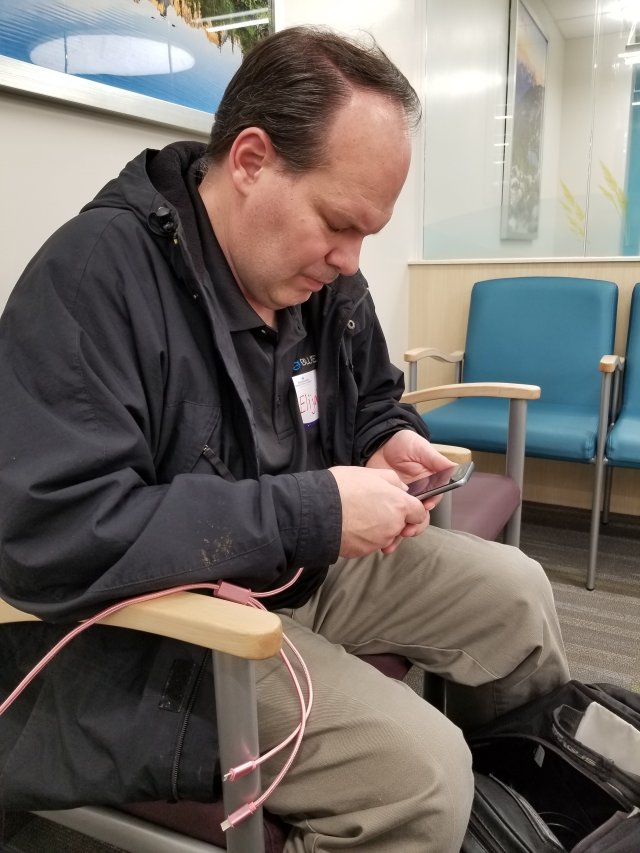 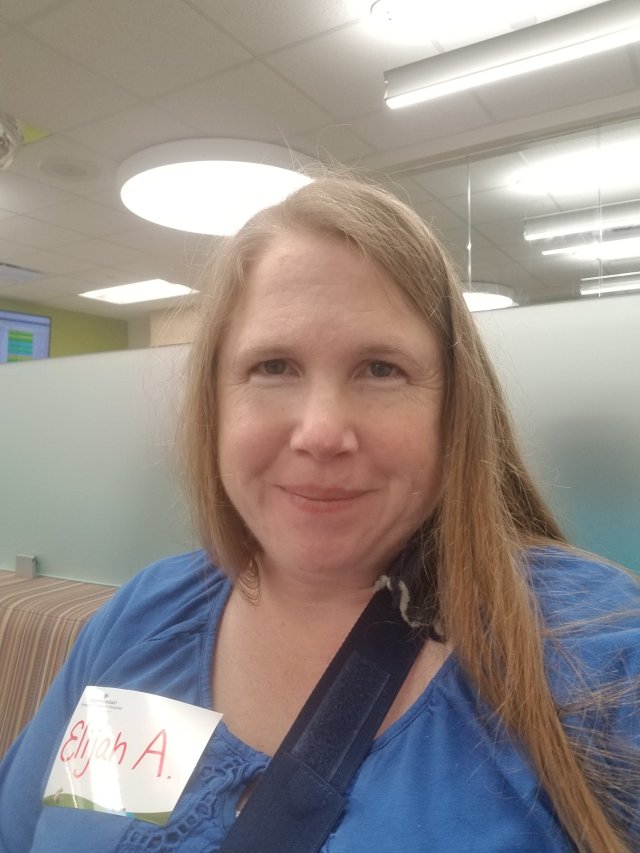 Then the surgeon came and let us know how the surgery went. He was very happy with how Annoying Head V (“V” as in: the 5th) appeared to have been removed from Eli’s foot with only healthy tissue remaining. Yes, Eli named his tumor before surgery “Annoying Head V”. It was the 5th and last tumorous mass left in his body after 13 weeks of chemo (29 weeks to go). A little bit of bone was removed, adjacent to the tumor, which is why he can’t bear weight on his foot and will be in a wheelchair for a while.

Now that the tumors are all gone and no cancerous activity is detected, we continue with the chemo regimen and start radiation in the hopes that it won’t be able to come back.

Eli also gets to see what it’s like to have to be in a wheelchair to get around. The other kids get to learn that they really can’t leave things on the floor.

In the meantime, Eli will continue to have fun with Sokka and Momo (not sure of the spelling). 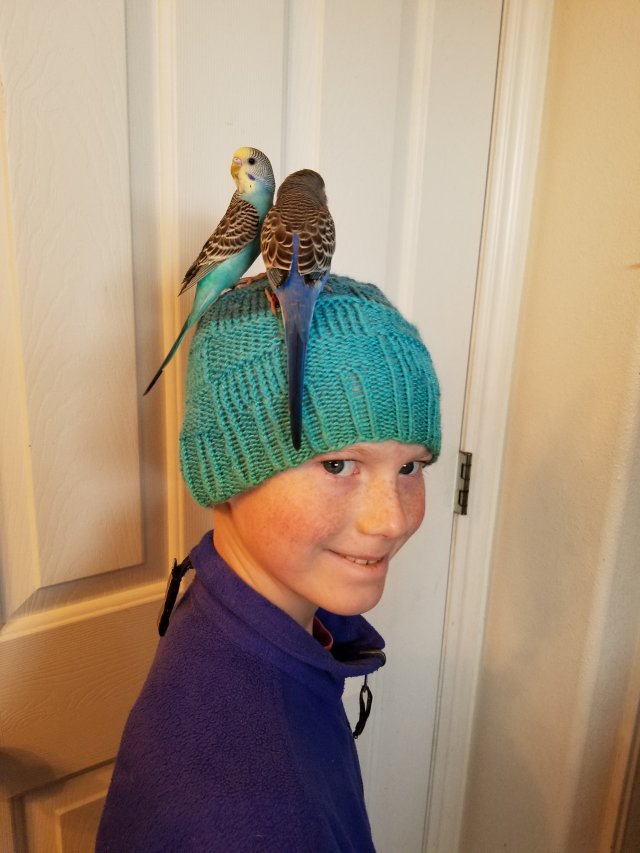 And we still are waiting to see Eli.

One thought on “Annoying Head V”