Adam and I aren’t pet people. I always feel the need to wash my hands after touching an animal or being touched by one and I don’t like pet hair on my clothes or furniture or food. The older I get, the more I dislike being around animals. However, my kids don’t feel the same. I don’t mind fish, since I don’t have to touch them, as long as I don’t have to maintain the tank.

Last summer, Eli began a campaign to convince us to let him have a pet. First, he built a pen for a rabbit. Using chicken wire, rebar, and scrap wood, he set up a small fenced area in the backyard and built a gate, hoping that, once there was a place to put it, we would acquiesce and get him a bunny. However, we withstood his pleas. We briefly, for about 30 seconds, considered chickens, since they lay eggs, but really didn’t want to figure out where to keep one or worry about maintenance.

The kids suggested other pets: a chameleon, a snake, so they could name it Cuddles, a hamster so it could roam the house in a hamster ball and three birds, Eli’s idea. No, no, no, and no (What’s worse then a pet? Three pets.).

Well, a number of our neighbors wanted to do something really nice for our kids for Christmas, so my friend organized assigning different families to each of my kids to get them special Christmas gifts. She asked me to make lists for the kids with favorite colors, treats, and ideas for possible gifts in a variety of price ranges. During this process, we talked about what Eli would want. I immediately knew what Eli really wanted: a bird, well three of them, but I knew that even one would be a huge surprise. However, I wasn’t ready yet to commit to a pet in the house without a little more time and thought, so I didn’t include that on the list I sent. There just wasn’t enough time to get used to the idea, even for my cancer riddled son who might not ever be old enough to have whatever pets he wants in a home of his own.

Well, a week and a half ago, the family who my friend arranged to get gifts for Eli, called me to let me know they’d bought a bird for him 😯. I thought there had been a miscommunication, but it turns out that my friend had prayerfully considered the matter and felt that Eli should have a bird.

Yesterday, Eli opened a series of boxes, one inside another, with little gifts in each, the last of which held this card for him: 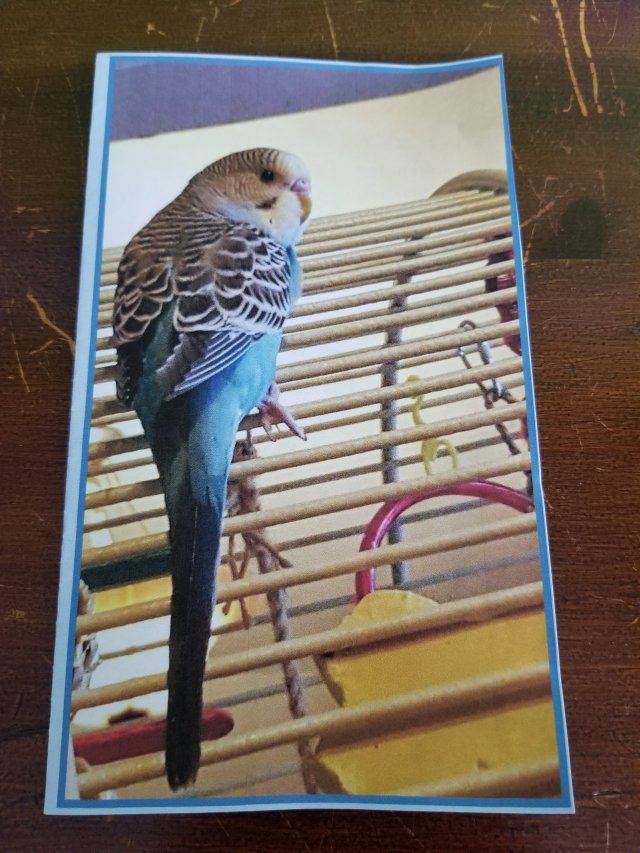 Here is the video I took of Eli reading it:

The whole family had a very special and memorable day. 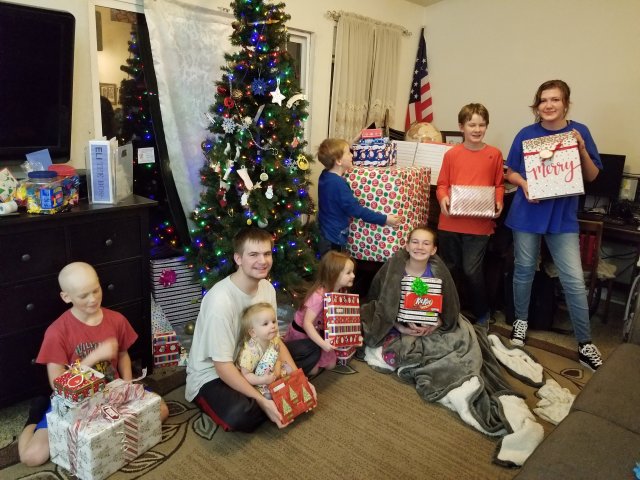 One thought on “Pets and More”